In this month’s edition of the Guru Spotlight, we spoke to our Head of Capital Markets, Judith Tan. Read on to discover where Judith has worked previously, what she likes about the culture at Estateguru, how she thinks the management team is setting the standard, and what she’s learnt in the pit while sailing thousands of nautical miles in a small yacht. 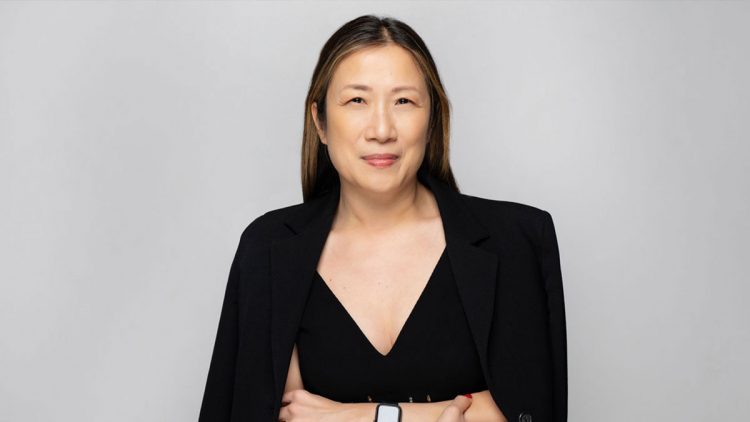 How long have you been working at Estateguru?

I joined at the end of January, so it’s been about three months

I was working for myself, advising funds through my consultancy. It was mostly capital raising solutions for funds and project related work. I spent two years at the Co-operative Bank, restructuring their loans and selling a 250M loan portfolio, which was secured by wind farms, to a pension fund. I was also working out and restructuring property backed loans. Additionally, I worked for a tech company in London, while it was working through its A round. They’re basically an online broker for Real Estate in the UK. That’s how I got involved in the tech space and I liked it a lot. The founders had limited experience with Real Estate debt. I advised the company and helped with the loan origination and capital raising. I sat on the board of a UK land fund as well.

Prior to that I was at Investec from 2006 till 2014, through the financial crisis. We ended up buying Kensington mortgages and we did a lot of Real Estate lending and principal investment. Investec had a couple billion of assets under management, across Europe and the UK, and also large scale mortgage portfolios. If you added up our AUM (Assets Under Management), we were managing about five billion across the team. We were also involved in raising capital for individual loan portfolios and for our own originated assets.

Before to that I was at Nomura, working in Capital Markets, before joining Investec. I also worked at Commerzbank, Lehman Brothers, and  Morgan Stanley. I was always involved in structured finance and real estate lending. I came to the UK in 2001, which is when I started at Commerzbank where I was involved in large scale Real Estate and structured finance lending. Not small loans. Large complicated transactions and restructuring deals for securitisation.

What is your mission at Estateguru?

Estateguru’s key values are growth-orientation, boldness, freedom, honesty, determination, and empathy. Do you experience these values in the company?

Yes, very much so. There’s no question about the level of determination. The management team is very bold and determined, to reach goals, to hit the KPIs, to work together as a team to get things done. The attitude of the team, and the company overall, is such that it gives us an excellent chance of achieving our goals. You might be slowed down by factors beyond our control, like wars, or inflation, volatility and other things that might create issues, like holding up retail funding or slowing down institutional investment, but the management team is resilient and determined to overcome obstacles.

What do you like most about working at Estateguru?

The people. I really like the people. They’re intelligent, hard working, determined and positive. It’s great to be around positive people, because that kind of attitude rubs off on you. In any organisation, the attitude of the board members, it does roll downhill, and if that level of positivity and resilience exists at the board level, it has an impact on the stakeholders and employees. Communication is also very good, and I appreciate how we have meetings and tackle issues as a team. 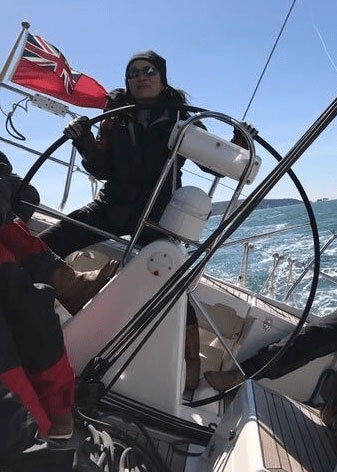 Tell us something interesting about yourself. What do you do in your free time? Oh, and we also love their quirks, so what’s yours?

I like sailing. I race in a lot of long distance racing club races. Six hundred miles for Fastnet Races and Caribbean 600 ones and shorter ones. My job is in the pit where I coordinate with the foredeck crew running up and down, with the jibe and spinnaker, turning the boat when we need to tack or jibe. I love being part of the sailing teams.  I’ve been sailing more seriously since 2006, participating in  five fastnet races, and two Carribean six hundred races, and I’d love to do the ARC transatlantic race.

I love sailing and it’s my quirk. There are so many lessons to be learnt about overcoming hard situations, being able to be brave and work as a team. You have to trust your crewmembers with your life. There are seven of us on a thirty-eight foot boat, going six hundred nautical miles. We always race within our class, the smaller boats, which makes the race more interesting. The swells seem bigger on a smaller boat.  A large boat can glide through the waves, but a smaller boat will feel more of the bumps, which is more challenging and will complete the race in a longer period of time versus the Volvo 70s. The last few races I’ve sailed with mostly women, which has been great fun. There’s a lot of tacking and it’s exhausting, winching and grinding. There’s lots of screaming, but it is really good fun!

Did you say the 600 hundred mile race takes about five days? Do you sleep on the boat?

Yes, it’s non-stop for five days. You get the four seasons; you’re boiling to death one minute, and then it’s horizontal rain the next, and then there’s hail; all the different weather systems. And you see dolphins and the stars at night. You’re not always going fast. Sometimes you’re going backwards. It’s the kind of sport, like golf, where you want to win but you have to be strategic in your thinking, and resilient as well. You can’t retire.

Well, not our skipper anyway. He does not like to retire. It’s about leadership. Even at the 1979 Fastnet, when all those people died, he was there, and he didn’t retire. He’s something else.

And the last question, why should exceptional talents join Estateguru?

Estateguru has the potential of being an extremely large and successful company. It’s very unique, in that it offers something on a Pan-European scale that others are doing in a single jurisdiction. The reason people should join is because it’s an international company that started as a small Estonian company, and it continues to expand. It’s not afraid to explore new markets, subject to a market review, and it has the potential to become something really big. It feels like a challenge. If you want a boring job, go and work in the Post Office.

A Guide To Setting Up The Custom Strategy

5 Reasons To Use Estateguru’s Investment Strategies