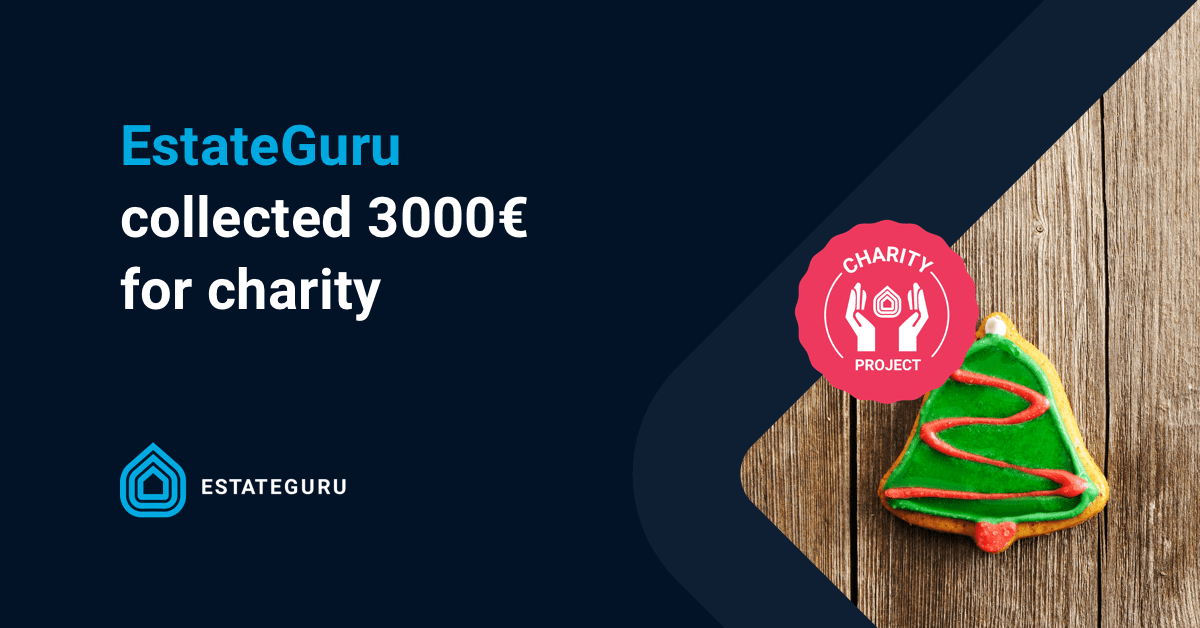 We are happy to inform you that our 2019 Christmas Charity Campaign was a success. Together, we brought Christmas joy to children through three separate charity organisations in three countries.

Charity has become a Christmas tradition for EstateGuru. In 2019 we wanted to reach communities in more countries, which is why we included Germany and Latvia along with Estonia in our campaign. To raise funds, we opened three charity projects on the EstateGuru platform in December, which were all marked with a charity sign. From the loan sum of these projects, we have donated 0,5% to selected charities in Estonia, Latvia and Germany. Each country’s charity organisation received a donation of €1000.

In Estonia and Germany, our two largest investor communities, we allowed our partner bloggers to select the projects to support. In Estonia, we cooperated with Rahakratt to support local children spending their Christmas in hospitals and, in Germany, we helped the 22star foundation selected by blogger Lars Wrobbel.

In Latvia, EstateGuru investors themselves had an option to select the charity to support.

They chose the local SOS children’s village, which provides a home for children who don’t have one.

We want to thank everyone who took part in our Christmas campaign and did their part for charity. We are confident that, thanks to our fantastic investor community, we can make 2020 even better. We wish everyone a lot of success and happiness in 2020.

How we maximize value creation for investors from late loan situations

How to Invest in Estonia