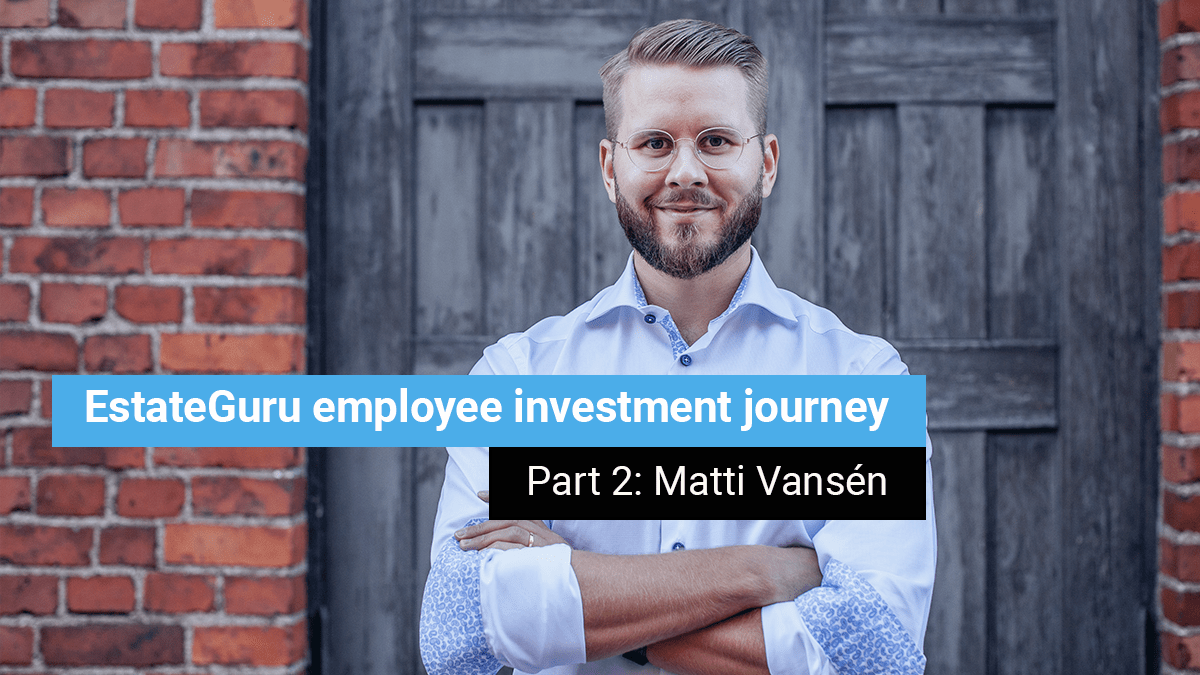 I have been active in investing since 2006 or 2007 when I changed health insurance company with the help of my mum. The insurance person said that I should start investing in funds in order to accumulate wealth for the future. To a young student, the thought seemed far-fetched because as a 16-year-old I had better plans for the money. Somehow, I still started investing. We all know what happened in 2008, but I continued investing through the crisis every month, €50 at a time. When the crisis was over, I saw some green colour in my web bank portfolio, and I was hooked.

In 2010 I started discovering different kinds of asset classes and read A LOT about investing. From 2010 to 2014 I invested in the stock market, both in Finland and internationally. As a young law student, I would often invest my food money, which seemed like the dumbest thing to do at the time, but in retrospect, those investments were some of the best ones I have made. But the feeling during the waiting period was something I cannot recommend to anyone. So never invest your food money.

During 2014 and 2016, I did some active trading on the stock market and could finance a part of my life by making winner-trades. Trading took so much time that at some point, I gave it up and concentrated on other things. At the same time, I was working for two of the largest and foremost crowdfunding companies in Finland. Therefore, I invested part of my income in both C2B loans and in equity-based crowdfunding. During that period, I fell in love with startups. Again, I was in a situation where I invested part of my food money in startups. People, I warn you, never invest your food money in anything. Again, in retrospect, those investments have been one of the best I’ve had, but the unsafe feeling about the investments lasted for almost four years.

During the past few years, I have invested in various asset classes, such as real estate. I have done both cash-flow real estate investing and apartment flips just for fun, as well as my day job.

At this point, you must be asking what my portfolio looks like. Well, as a disclaimer I always say that never do what I do but do what I tell you to do. 54% of my portfolio is in startup investments, but in my defense, the majority of that amount I have received as options because I have worked for several startups. As the stock market collapsed because of COVID-19, my stock portfolio came down by almost 65% because I had invested in such risky companies. Therefore, I only have 4% of my total portfolio in stocks at this point in time. About 25% I have invested in short-term high-yielding loans. This 25% is split about 60-40 between Estateguru and other private property-backed loans. As cash is king, I have about 14% cash as I want to maintain liquidity. The rest (3%) I have divided between different kinds of speculative classes.

Someone might ask why and how have I, a financial economist, ended up with such a portfolio. Well, the answer is simple: I aim to always have about one-third in public markets, such as stocks, one-third in real estate-related investments and one-third in loan investments. The reason behind this split is that I have followed the example of the richest people in the world, and this is the approximate division of their investment portfolios. If stocks collapse, I still have fixed-rate loan investments that don’t fluctuate and vice versa. When the interest rates are low, stocks are usually doing fine, and so on. Therefore, the portfolio is partly hedged at all times.

When it comes down to my investment principles, I have one principle to rule them all: when you get your salary or other income, pay yourself first, and then to the others. This means that when money comes in, I take part for my investments first, then I pay all the bills and living, and if something is still left, I save that amount or spend it on whatever makes me happy. If I’d first pay bills and living, I would never save anything.

Disclaimer: Matti is the country head for EstateGuru in Finland.